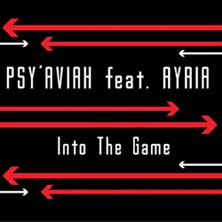 Mark January 7th 2011 in your calendar, because then Psy'Aviah will unleash their DJ/RMX EP based on the song “Into The Game” on which they collaborated with Ayria.
For this EP they selected very different remixers to guarantee a splendid diversity of reinterpretations of the song. From EBM mixes by Signal Aout 42 and Plastic Noise Experience to the more electric versions by Slave Republic, the electro pop of Suicidal Romance, to the upbeat progressive dance reworks by Interface and Diskonnekted, and to the dark renditions by Misery and Schwarzblut.
As a bonus, Psy'Aviah also arranged a radical remix of “Voltage” by Krystal System and they reveal the brand new song “Wired Life”, a first preview of the next album...

Order here.
Email ThisBlogThis!Share to TwitterShare to FacebookShare to Pinterest 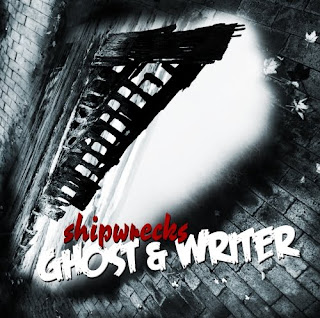 It feels like an eternity since Jimmyjoe Snark III, at that time still using the moniker of The Weathermen, exploded onto the EBM and New Beat scene with the track “Poison“. Singer Frank Spinath, on the other hand, is known for his comparatively more recent projects Seabound and Edge of Dawn, both huge hits in among electro fans. Spinath managed to persuade Jimmyjoe to collaborate, and the result of their efforts is finally here.

Snark and Spinath give conventional songwriting the cold shoulder and turn instead to brazenly modern structures as well as beloved yet nearly forgotten retro-elements, or as they put it: „Mean little stories blown up to cinematic proportions. Stranded and battered electronic memorials of better days. And yet, so fresh it almost hurts.“

Seldom has the combination of old and new born such creative fruit as on Ghost & Writer’s debut LP ”Shipwrecks“. Breaking further new ground, the 8-track album also includes 8 re-workings of the songs by other artists – serving as its own remix album.
Artists such as File Not Found, Edge Of Dawn, Diskonnekted, Iris and Acretounge have given the tracks their personal touch.

The highly professional recording was mastered by none other than Front 242’s Daniel B., bringing out the fresh, new, and unconventional accents of an album sure to stand out in 2011’s otherwise rather sedentary electro landscape.

Out soon on Dependent.
Email ThisBlogThis!Share to TwitterShare to FacebookShare to Pinterest