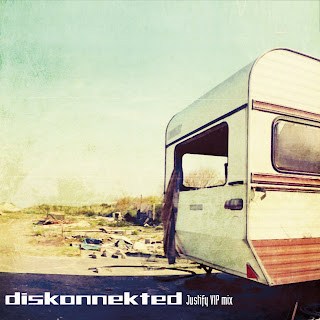 Diskonnekted has always been about breaking boundaries. For the next little journey, Diskonnekted was especially influenced by a modern drum and bass sound: the stuff from Hospital Records for example, or the explosive mix between drum & bass and electrorock by Pendulum. Starting point was the track ‘Justify’ from the current album “Hotel Existence” that became an explosive club track after its special treatment. Starting with raving drum & bass breaks, the track evolves into a heavy guitar driven crossover beast.

Hang on for details. Digital release is scheduled for next week on Bandcamp!
Email ThisBlogThis!Share to TwitterShare to FacebookShare to Pinterest
Labels: justify, remix