'Justify' by Diskonnekted is featured in the movie Misogynist, directed and written by Michael Matteo Rossi.
The movie was selected at the LA Underground Film Festival where they won two awards: director Michael Matteo Rossi for Best Feature and Jon Briddell for Best Actor. 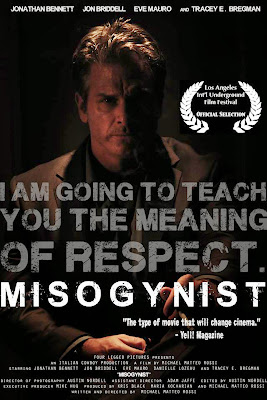 Misogynist tells the true story of an extreme male-chauvinist guru who guides his best student in the art of controlling women and what occurs as a result.